It is easy for a company to track a vehicle’s route to determine the location, vehicle speed and speed of a road segment when a unified digital map system is available. 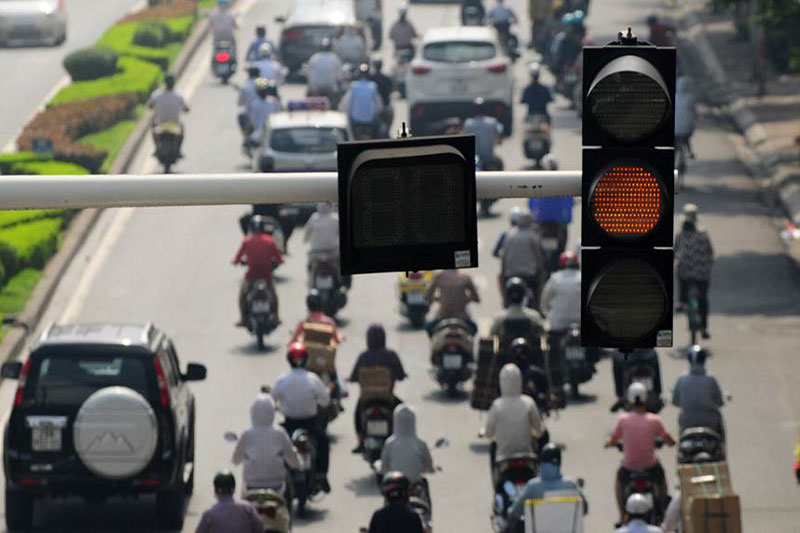 Businesses easily track a car route to know the location,
Vehicle speed as well as speed regulation of the road segment when a unified digital map system

The intelligent digital traffic solution was launched in early 2016 with the expectation of many benefits, not only for the management but also for the business and the people. However, until now the project has not been implemented because of lack of capital.

Mr. Nguyen Quoc Binh, Chairman of Hanel Joint Stock Company, said that intelligent traffic solutions based on digital maps help form the center of command, management and traffic management, ensuring the interaction between transport infrastructure, facilities and people. In 2015, the Hanel – Viet Nam Map and the Vietnam Road Administration introduced the first efficient application module, the cruise control and speed control system under the road. In early 2016, the Ministry of Transport has launched the system “intelligent traffic solution based on digital map”. Since then, the system is stable, connecting nearly 800 thousand means, receiving more than 1.9 billion packets / day. Cruise control system and speed control under the road supply create positive changes in ensuring traffic safety and management business.

However, according to Mr. Binh, according to Decision 3462 of the Ministry of Transport, the total funding approved for the service for 6 years (2017-2022) is nearly 190 billion. After more than two years of investment, the partnership has not been officially contracted for this system. Hanel – Viet Map has advanced funding to build and operate a system of signage measuring up to 50 billion VND.

“In the coming years, in order to continue operating the system, the consortium is expected to continue to spend tens of billions of VND every year on infrastructure, equipment and technical personnel for the system. The delay of contract signing caused great economic losses for the partnership, “Binh said.

Ms. Phan Thi Thu Hien, Deputy General Director of Vietnam Road Administration said that the General Department has signed cooperation with Hanel Company in the deployment of intelligent transportation system based on digital map and proposed model Leasing information technology services under Resolution 36a of the Government with a total investment of nearly VND200 billion from road investment and other lawful capital sources.

Speaking about the benefits of digital mapping, Do Cong Thuy, Deputy Director of the Department of Transportation (Vietnam Road Administration) said, simply understood is the digital model of topographic maps, thematic maps can be Present in numerical form with different coordinates and altitudes. If there is a digital map system with spatial data processing technology and applications, and a system of signposts, bridges, bus stations, stations, stops, data on the road system will be updated. is expressed entirely on the basis of digital map. For example, through a cruise control device built on a digital map, authorities or businesses want to know the speed of a car, just enter the system will know immediately that the car is in position Which road, the road signs with the speed limit and whether the vehicle is in compliance with the prescribed speed or not.

Mr. Truong Quoc Hung, Chairman of the Board of Directors, General Director of Star International Trading and Tourism Development Joint Stock Company, who owns the brand name of Vic Taxi For taxi companies, if the operation of the system is done through a unified digital map will bring great benefits to enterprises in the transportation, optimization of routes and services, raising High economic efficiency. This also helps customers pick up taxis with more convenient and intuitive and safe benefits.

Le Van Tien, Chairman of the Haiphong Transport Association, said that if the truck is ready to go through the construction of a map of the transportation sector, how many kilometers, what is the good and bad roads, and how many bridges are on it, what bridges are weak bridges, what are the allowable loads of the bridges, the roads on that route.